Princes Will and Harry in footie match

The brothers gave each other a hug at the end of the annual game between Sandringham estate workers and villagers from neighbouring Castle Rising in Norfolk.

The Duke of Cambridge, who was wearing a red and white striped shirt and light blue Aston Villa socks in honour of his favourite team, was seen throwing himself into the game.

Prince Harry, 29, who was wearing a white shirt, looked worn out after recently returning from his 200-mile trek to the South Pole.

But the Prince, who was sporting the bushy beard he grew on the trek, still managed to score the second goal for his team. Although at one point he got a telling-off from the referee for a wild tackle.

One of the players was injured during the match and was taken to hospital, but the game continued and the teams shook hands at the end.

Around 100 locals turned out to watch the match and Prince William was seen mingling with spectators at half time.

The brothers were also cheered on by their cousin Peter Phillips, his wife Autumn and their children.

SEE COPY CATCHLINE Princes Will and Harry in footie match 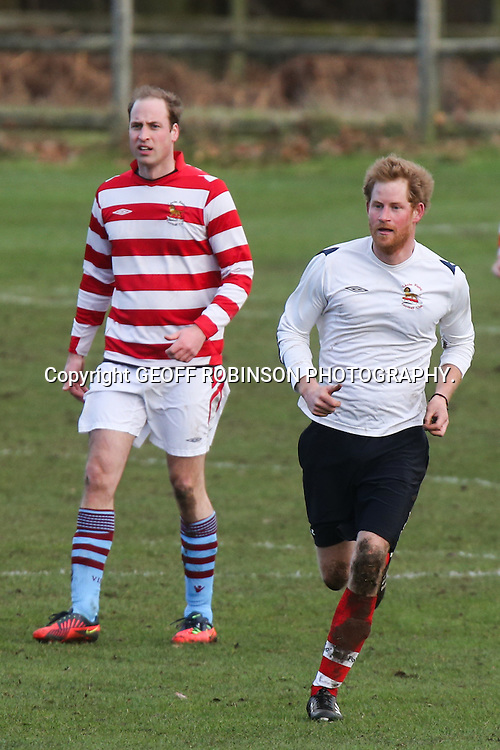