PIC SHOWS JOCKEY FRANKIE DETTORI IN CAMBRIDGE ON THURSDAY MORNING 13 OCT WHERE HE RECEIVED AN HONORARY DEGREE... Pint-size jockey Frankie Dettori joked about whether the university would find a gown to fit him as he received an honorary degree in Cambridge today (Thurs)...The Italian-born multimillionaire, who is just 5ft 4, said he was "shocked and surprised" to be made a Doctor of Science by Anglia Ruskin University for his services to horse racing...Frankie, 41, was joined by his wife Catherine for the special degree ceremony at the Cambridge Corn Exchange..."I was really hoping they would have a gown in my size," he said, proudly wearing the traditional floppy hat and gown..."I was very shocked and surprised when I received the letter about getting an honorary degree a couple of months ago..."I was quite taken aback even though I have now been in this country for 25 years. I'm very excited and it's a real honour.".SEE COPY CATCHLINE Frankie Dettori honorary degree 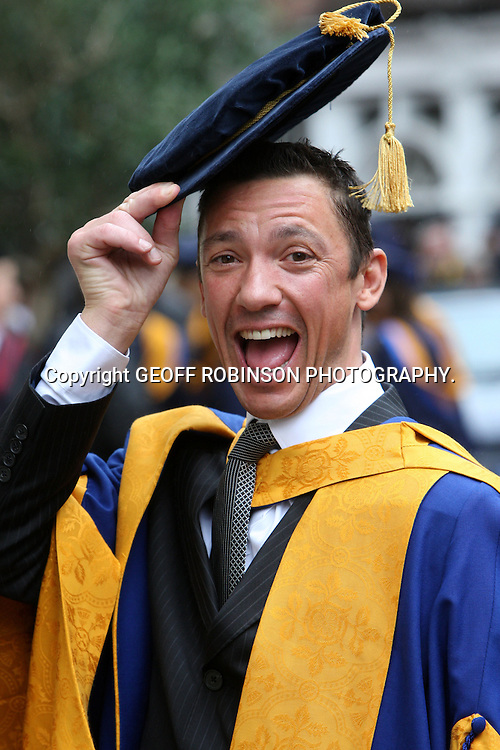