CHARLIE CAVEY BUSKING IN CAMBRIDGE WITH HIS GUARD DOG OBI..A busker who sings in a BIN has bought a GUARD DOG to protect his takings...Charlie Cavey plays his own form of TRASH metal on his guitar whilst squeezed inside a tiny metal litter bin...At 5ft 9 he finds his job cramped and smelly but his stinky singing style is proving a huge hit with passers-by...The only problem is the 31-year-old can't keep an eye on his money from inside the bin so he has employed Obi the Jack Russell to stand guard..."I have had problems with people taking money as they don't always realise I am in the bin and it looks like free cash," he said..."It's quite a struggle to keep getting in and out of the bin so now I bring Obi with me..."He is really good and just stands on top of the bin and watches people going by..."He knows I am inside the bin so he's not worried and he doesn't try to run away."..Obi is already being likened to Nipper the dog who was painted listening to a wind-up gramophone in the famous picture His Master's Voice - later used by music shop HMV...SEE COPY CATCHLINE Busking bin man's dog 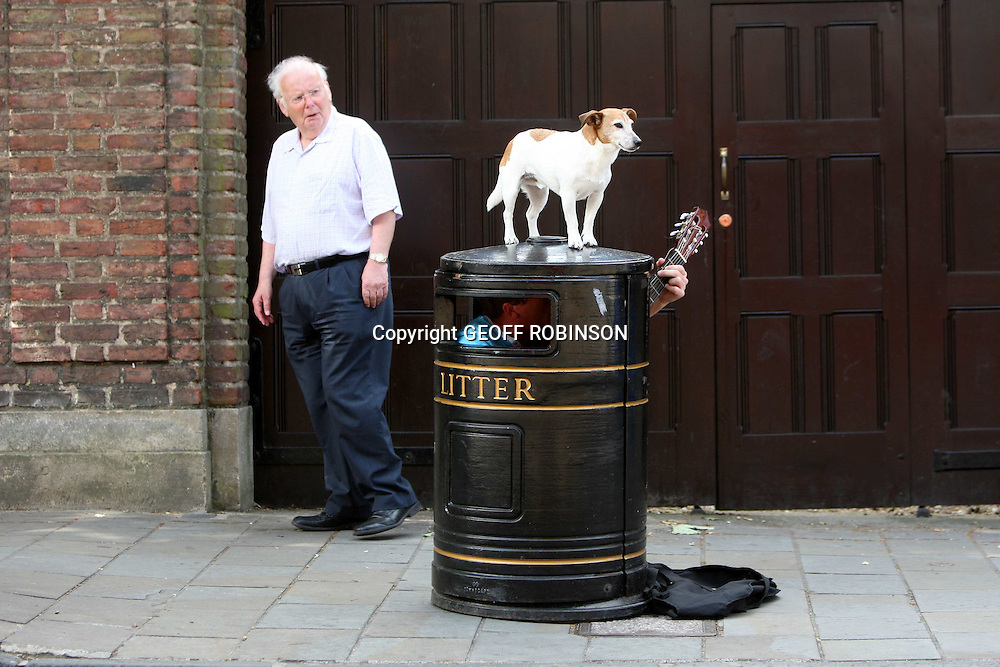