CAMBRIDGE UNIVERSITY STUDENTS ON THE RIVER CAM ROWING THE ''CAMBRIDGE BUMPS''..The Bumps are a historic form of racing between the Cambridge University college boat clubs, and run to a format dating back to the 1820s . Divisions of 17 or 18 crews line up along the river, with just one-and-a-half boat lengths (90 feet) between each. At the firing of a small cannon, each crew tries to catch up with and actually collide with (bump) the crew in front before the crew behind does the same to them!.The races are held one each day for four days and by bumping on any given day, a crew moves up a place on the river for the following day's race. For any given crew, the aim is to go up four places on the river during the course of the four day's racing.The winning team traditionaly wear a branch to show that they have won 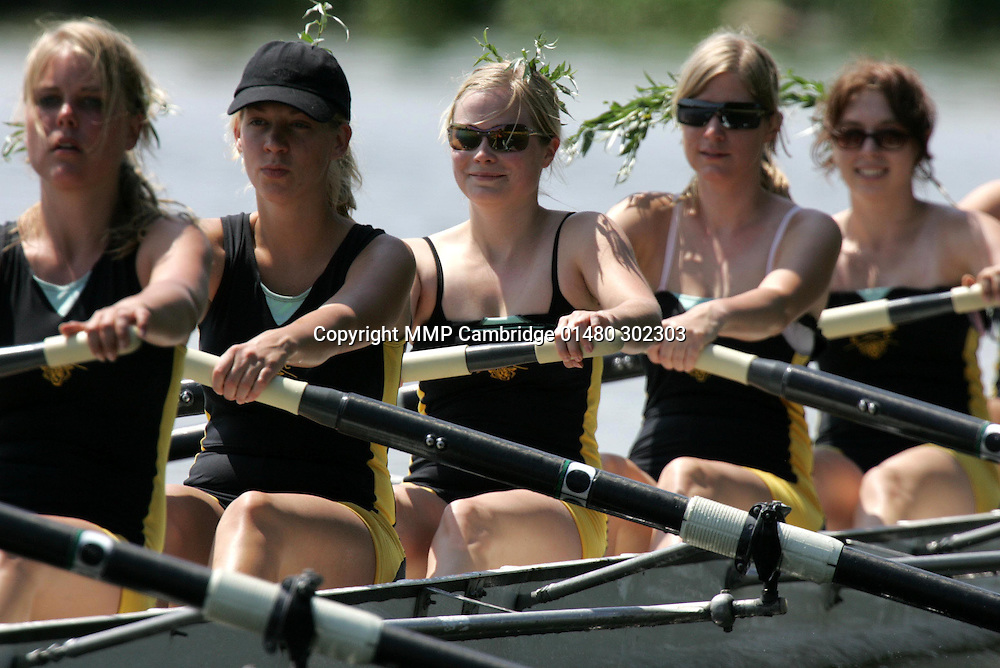