CHORISTERS GETTING READY THIS WEEKEND FOR THE RECORDING OF THE FESTIVAL OF NINE LESSONS AT KINGS COLLEGE CHAPEL,CAMBRIDGE ,WHICH WILL BE BROADCAST ON CHRISTMAS EVE... Choristers have today/ yesterday (Sun) recorded the word-famous carol service at King's College chapel which will be broadcast on Christmas Eve...The boys have spent weeks practicing for the 90-minute carol concert, which has taken place every Christmas for nearly a century. ..They dressed in their robes, combed their hair and gargled water as they waited nervously for their big moment...An incredible 10 million people from across the globe are expected to watch the Festival of Nine Lessons and Carols, which will be broadcast on the BBC on Christmas Eve...It will also be performed again on this date and broadcast live on the radio, with many people queuing for hours to get a seat in the magnificent King's College chapel...SEE COPY CATCHLINE King's choristers in carol service 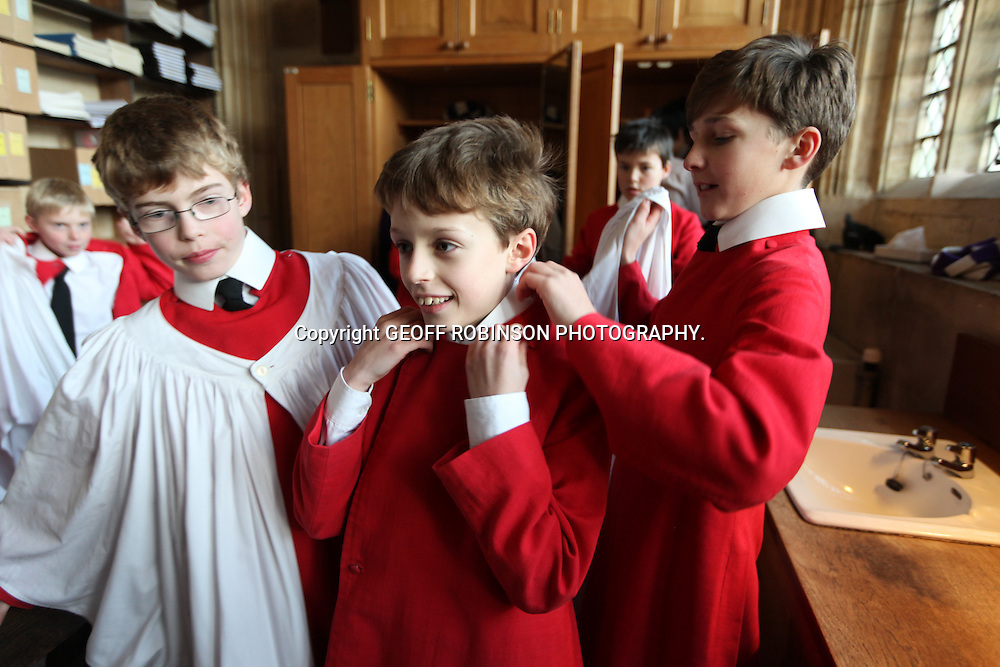