PIC SHOWS COMEDIAN SIMON BRODKIN BEING TAKEN AWAY BY POLICE AFTER GETTING PAST SECURITY AND TALKING TO THE ENGLAND TEAM WHEN THEY ARRIVED AT LUTON AIRPORT ON SUNDAY MAY 1ST.

Comedian Simon Brodkin tried to join the England football team today (Sun) as they flew from Luton Airport to Miami for the start of their World Cup training.

The players, including Steven Gerrard, looked on in bemusement as Brodkin, who is best known for his comic creation Lee Nelson, pushed past the security guards.

Brodkin, who was in the guise of footballer Jason Bent, a character from his BBC Three series Lee Nelson's Well Funny People, was wearing an identical suit and tie to the team.

He waved his passport at the security guards as the players made their way from a coach to a private hangar ready to board the plane.

He was then seen asking Steven Gerrard why he hadn't been picked to represent England in the World Cup, which kicks off on Thursday, June 12.

The players saw the funny side of the comic gaff, but police and security staff quickly swooped on him and he was escorted away for questioning. 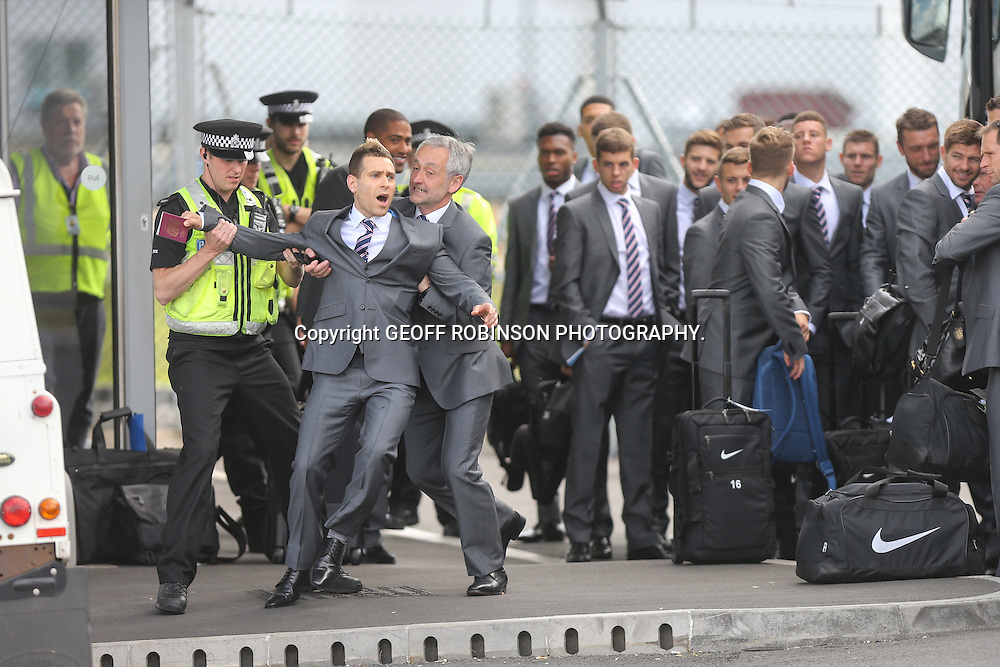