SIR TERRY WOGAN AT THE UNIVERSITY OF LEICESTER ON FRIDAY AFTERNOON WHERE HE WAS AWARDED AN HONORARY DEGREE...Veteran broadcaster Sir Terry Wogan has received an honorary degree today (Fri) from the place he once called the "Lost City."..The 71-year-old, who retired from the weekday breakfast programme on BBC Radio 2 in December, was given an Honorary Doctor of Laws degree by the University of Leicester...In the 1980's the DJ famously dubbed Leicester the "Lost City" after it was frequently named on traffic bulletins due to motorway repairs...He has since visited the area several times and Leicester now hosts the annual TOGS Convention for regular listeners of his Radio 2 show, known as Terry's Old Geezers..."For many years my radio listeners and I conducted a fruitless search for the "Lost City" of Leicester," said Sir Terry..."The University of Leicester has been the generous and hospitable host for some years to me and my loyal listeners, for the three-day Mardi Gras that is the Togs (Terry's Old Geezers) convention.."What is memorable about Leicester is the kind of welcome you get from the University for the TOGs. That is why they keep coming back..."I would like to have been a student here - it looks like a really nice campus...SEE COPY CATCHLIN Terry Wogan gets degree 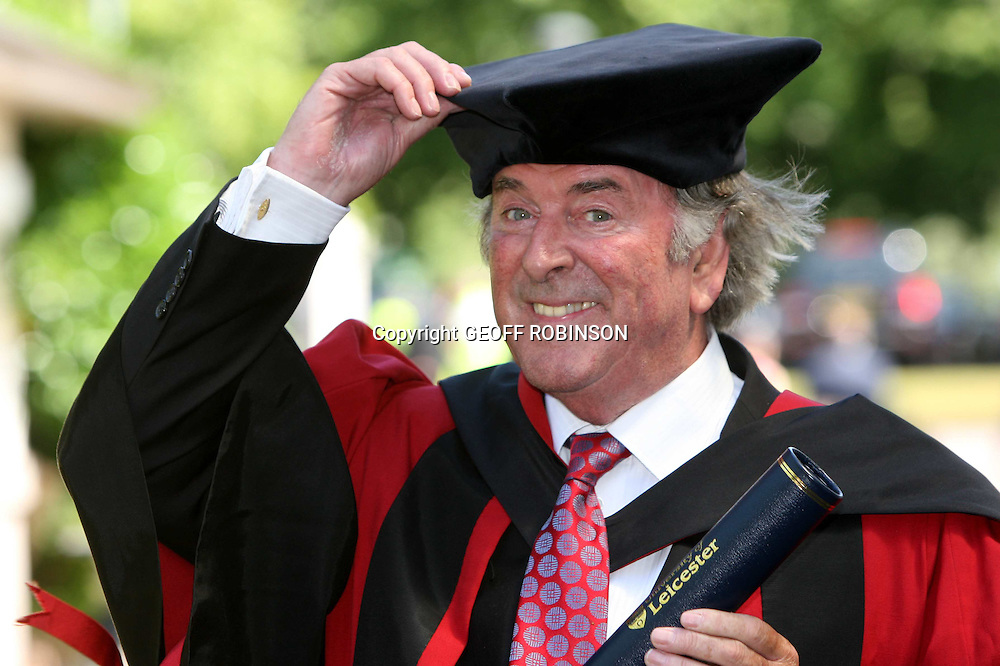