AL MURRAY AT DUXFORD AIR MUSEUM ON SEPTEMBER 1ST BEFORE HIS FLIGHT IN A SPITFIRE... Patriotic Pub Landlord Al Murray took to the skies today (Thurs) in Britain's most iconic fighter plane, The Spitfire, to mark the 75th anniversary of its maiden flight...The comedian, whose alter-ego famously dislikes the Germans, went up and away in the plane, which is known for its exploits during the Battle of Britain...Afterwards aviation enthusiast Al said the flight was "mind-bogglingly amazing" and "one of the most exciting experiences" of his life..."I used to make model Spitfires from Airfix kits as a boy so to fly in one has been unbelievable. I still can't believe it has happened," he said..."The last time I flew in a plane of this vintage I had to jump out with a parachute for a programme I was making so it was nice to stay in this time..."The pilot let me fly the plane for a bit and we did some barrel rolls, which were amazing. It was very nerve-racking but I tried to be chilled...He added: "I would do it all again in a heart beat."..SEE COPY CATCHLINE Al Murray flies in Spitfire 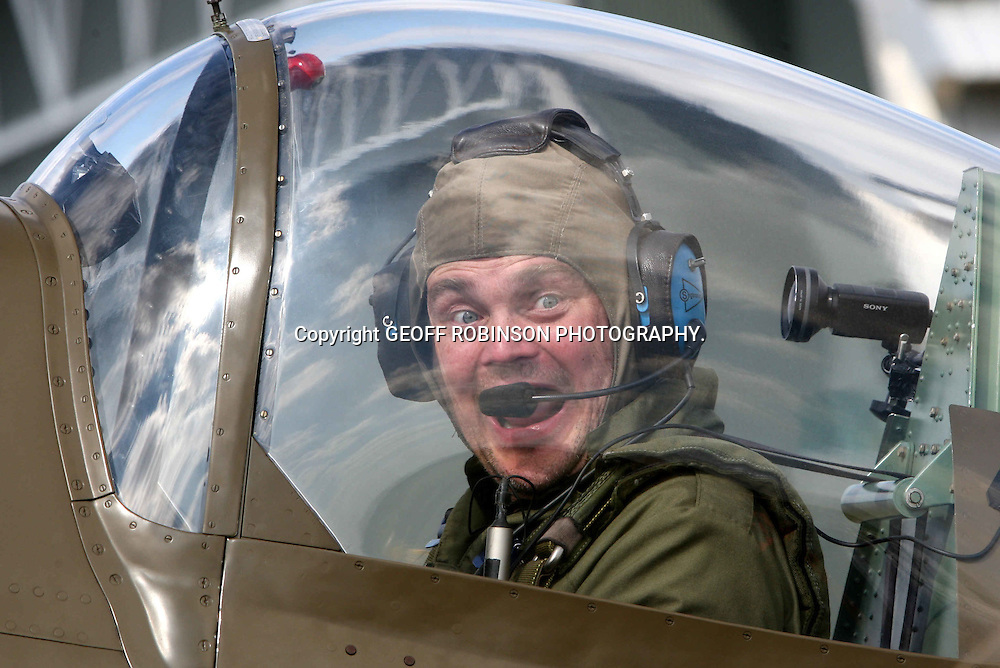