AMERICAN SERVICEMEN JOSHUA DONAHUE FROM RAF MOLESWORTH,CAMBS, WITH HIS DAUGHTER ADDELYNE AT THE REMEMBERANCE DAY SERVICE AT THE AMERICAN WAR CEMETERY IN CAMBRIDGE ON NOW 11.. A special Remembrance Day ceremony has taken place today (Fri) at the American War Cemetery in Madingley, near Cambridge...More than 50 poppy wreaths were laid to honour the Americans buried in England who died in both world wars...The service featured members of the Royal Air Force and the US military and a minute's silence was held to commemorate the day...The war cemetery is the final resting place for 3,811 American soldiers. Most died in the Battle of the Atlantic or the air bombardment of northwest Europe...The 30.5 acres of land was given to the USA by Cambridge University to remember the fallen American servicemen...It was first established on December 7, 1943, the second anniversary of Pearl Harbour.. 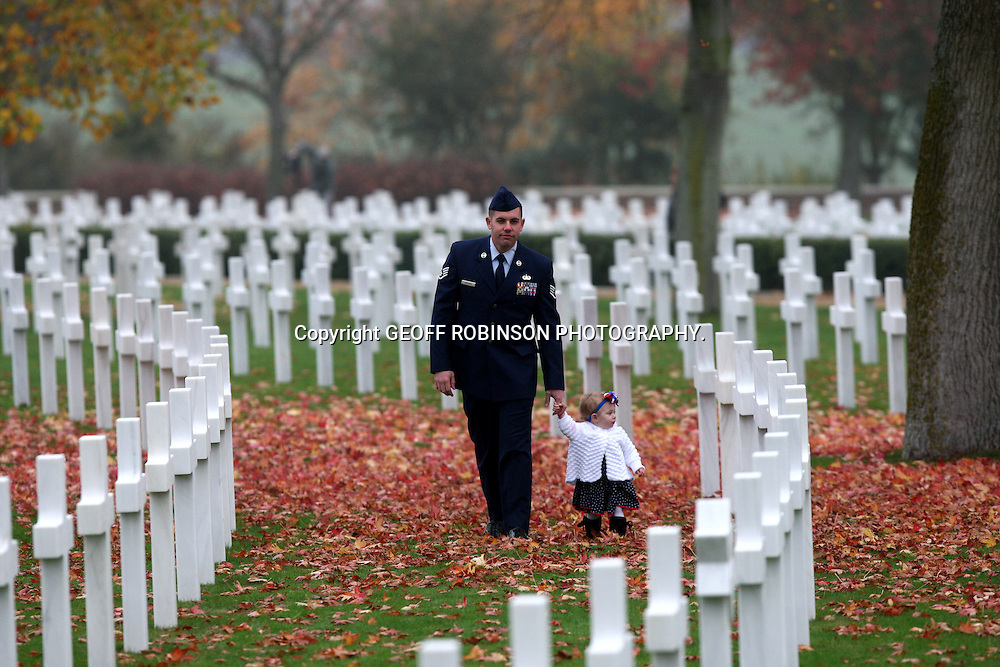