PIC SHOWS ARCHBISHOP DEMOND TUTU ON FRIDAY AFTERNOON JULY 15 WHERE HE RECEIVED HIS HONORARY DEGREE AT THE UNIVERSITY OF LEICESTER... Tne of the world's most prominent campaigners for peace, Archbishop Desmond Tutu, has been presented with an honorary degree today (Fri)...The 79-year-old was honoured for his work in the field of race relations in the special ceremony at the University of Leicester...Archbishop Tutu, who received the Nobel Peace Prize in 1984 for his struggle against South African apartheid, received an honorary Doctor of Letters degree..."There can be no greater role model for our graduands from across the world than Archbishop Desmond Tutu," said Prof Sir Robert Burgess, Vice-Chancellor of Leicester University..."His wisdom, courage and integrity are an inspiration to us all and we are delighted to confer the honorary degree of Doctor of Letters on such a great global figure."..SEE COPY CATCHLINE Desmond Tutu honorary degree. 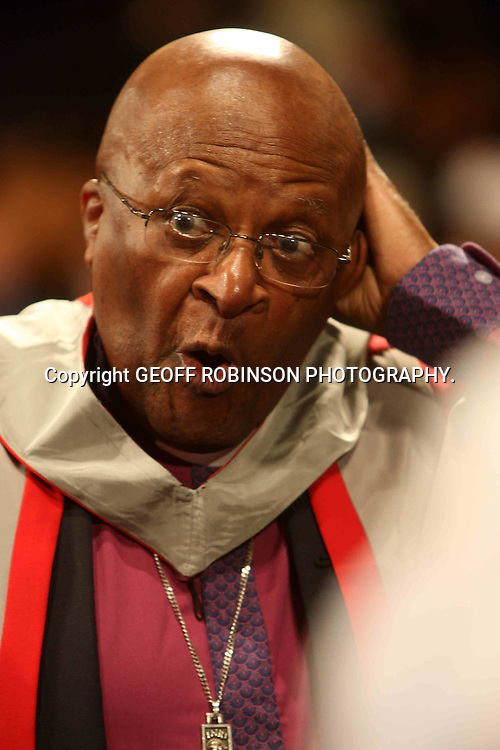