GARY LINEKER ON TUESDAY AFTERNOON AT DE MONFORT UNIVERSITY...Former England striker Gary Lineker has scored another hat-trick after receiving his third honorary degree today (Tues)...The football legend and face of Walkers crisps, has been made an Honorary Doctor of Letters at De Montfort University (DMU) in his hometown of Leicester...The 48-year-old, who played for Tottenham, Leicester and Barcelona, already had honorary degrees from nearby University of Leicester and Loughborough University..."I feel privileged and honoured. It is a nice gesture from my home town," said Gary, who now presents BBC's Match of the Day..."I think for someone like myself who jumped out of school as quickly as I could at 16, you might say I feel slightly fraudulent with all the students at De Montfort working so hard for their degrees - but I suppose I have worked hard during my life!.."I have an honorary degree from Leicester and one from Loughborough so this is the hat-trick, but this one is like a promotion, receiving a doctorate and becoming a doctor of letters..."Footballers are not known for their use of letters so that is quite an honour in itself really!"..SEE COPY CATCHLINE Gary Lineker gets honorary degree 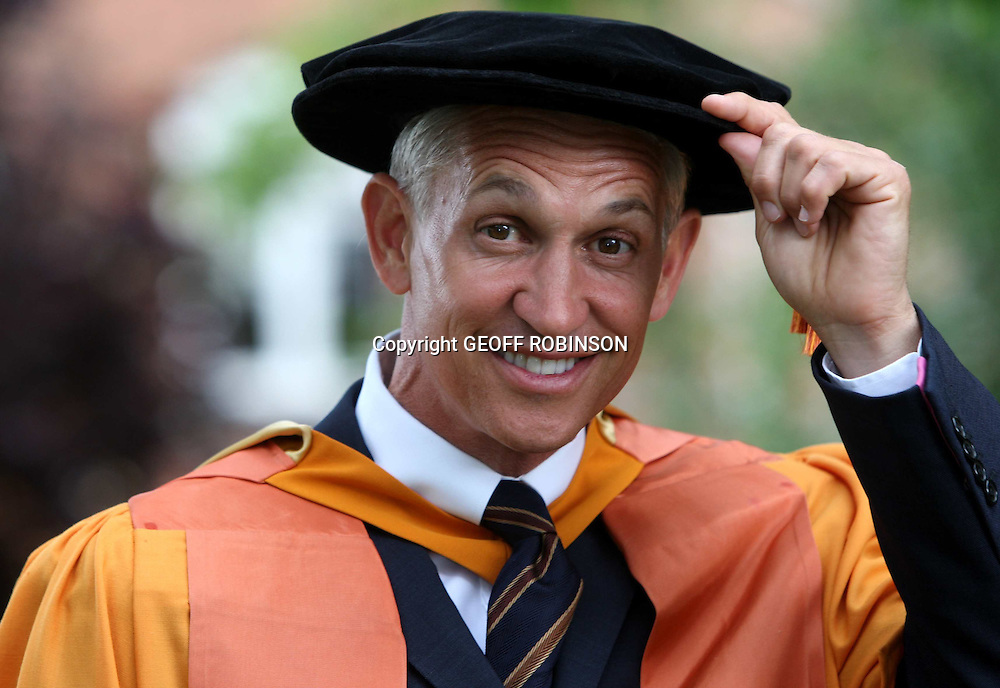