PIC BY GEOFF ROBINSON PHOTOGRAPHY 07976 880732...PIC SHOWS HEAVY RAIN AND DARK CONDITIONS ON FRIDAY LUNCHTIME ON THE A14 IN CAMBRIDGE WHICH RESULTED IN TRAFFIC JAMS AS PEOPLE STARTED THEIR TRIPS AWAY OVER THE BANK HOLIDAY WEEKEND... Britons heading off for the bank holiday weekend can expect cool and showery weather..Aside from the elements, those motorists who made journeys early on Friday had to contend with a number of accidents and traffic jams on major routes..There was congestion on the A14 in East Anglia and an accident on a busy stretch of the M1 north of Luton in Bedfordshire led to delays. There were also accidents on the M6 and M11 as the first of an estimated 16 million vehicles took to the road..Drivers found that a number of roadworks on England's motorways and major trunk roads had been completed by the start of the getaway, with others being suspended over the holiday..But more than 20 sets of works remain in place and motoring organisations were expecting heavy traffic on routes to the coast and in areas where events are taking place, such as the Reading and Leeds music festivals..Channel Tunnel shuttle train company Eurotunnel said it planned to run a full service over the weekend even if a threatened strike by its French workers goes ahead as planned from Saturday. 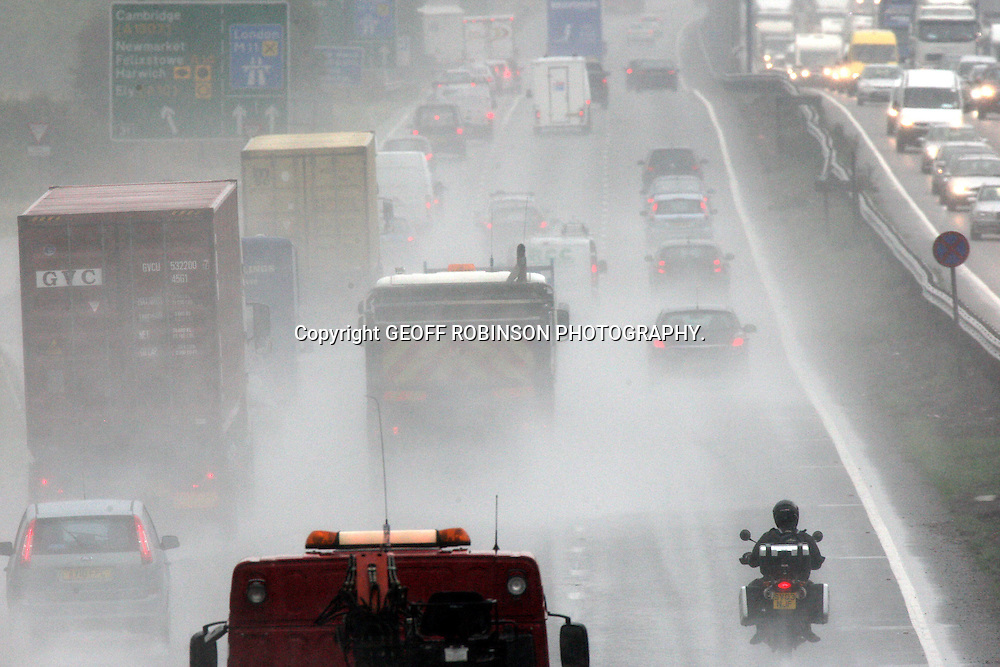