PIC SHOWS DAVE AND ANGELA DAWES WHO HAVE WON £101 MILLION ON THE EURO LOTTERY COLLECTING THEIR PRIZE AT DOWN HALL COUNTY HOUSE HOTEL,HERTFORDSHIRE,ON TUESDAY AFTERNOON... A factory worker and his wife have won the £101 million EuroMillions jackpot...Dave and Angela Dawes, from Cambridgeshire have scooped the third biggest prize ever won in the UK - after only playing the game THREE times...Dave is a shift supervisor at Prince's canning factory in Wisbech, which produces tinned baked beans, soup and spaghetti...His wife Angela has been a volunteer at the British Heart Foundation shop in Wisbech for the last two years, where she helps two afternoons a week..."We were third time lucky. We didn't believe it, we really didn't. We had to check the numbers several times," said Dave at a press conference today (Tues)...Dave, who picked the winning numbers randomly, said they hadn't stopped smiling..."I checked the ticket 50 times during the night. By the time it was drawn the lines were closed so we had to wait until the morning," said Angela.. 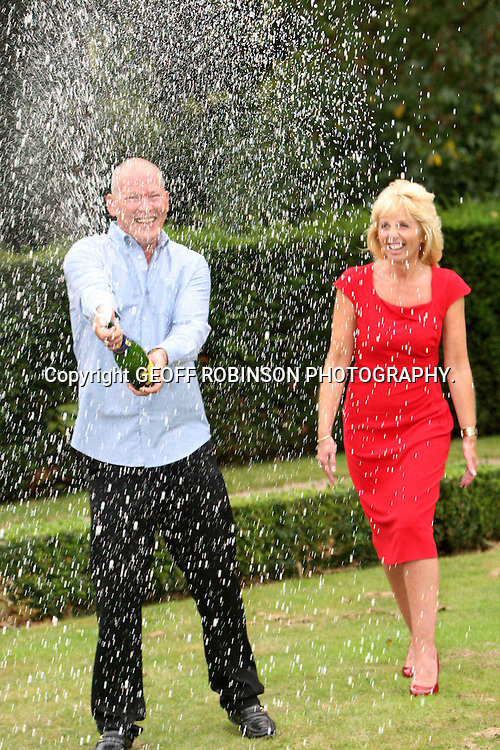