PIC SHOWS THE FINAL TESTS ON THE WORLDS LONGEST GUIDED BUSWAY IN CAMBRIDGE HELD ON THURSDAY JULY 28TH BEFORE THE OPENING NEXT WEEK... Final tests have been carried out on the LONGEST guided busway in the world in the historic city of Cambridge today (Thurs) ahead of its opening next week...The first commercial passengers will be able to board the eco-friendly buses next Sunday (Aug) 7 after the £116 million scheme was finally completed - two-and-a-half years late...The 26 kilometre track, which is more than TWICE the length of the current longest guided busway in Adelaide, Australia, was due to open in Spring 2009...But ongoing rows between Cambridgeshire County Council and contractors BAM Nuttall means the project has been severely delayed and gone several million over budget...The scheme was first proposed in 2001 to take pressure away from traffic on the notoriously congested A14 dual carriageway around Cambridge and offer a more reliable form of public transport...It allows plush air-conditioned buses, complete with wi-fi, to travel at up to 60mph along a disused rail line, using guide wheels running along concrete channels. ..SEE COPY CATCHLINE Longest guided busway in world opens.. 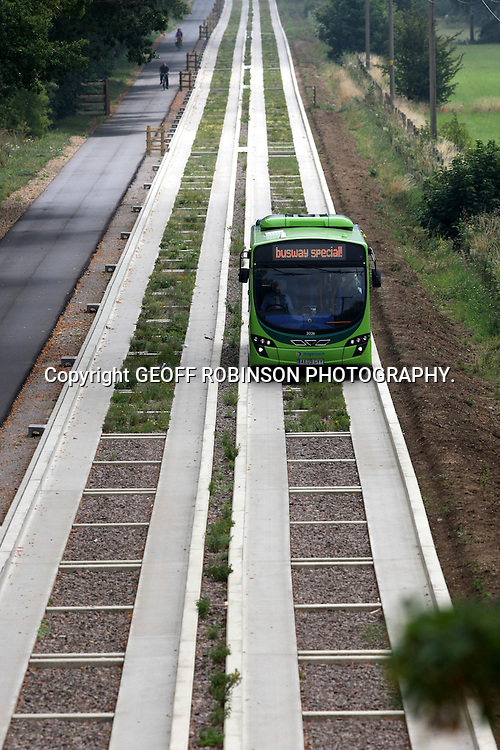