RICHARD BRANSON AT THE LAUNCH OF THE NEW VIRGIN ONE CHANNEL AT HIS HOME IN KIDLINGTON,OXFORD ON THURSDAY 27TH SEPTEMBER..Virgin Media is about to launch its own Freeview entertainment channel. Virgin 1 will replace Virgin's own FTN channel and will be positioned to compete directly with Sky One ...The programming on Virgin 1 will consist largely of American TV imports, just like Sky's 'Sky One' channel. But Virgin is hoping that it will be able to usurp Sky One's dominance by signing exclusive deals with the US television networks.. 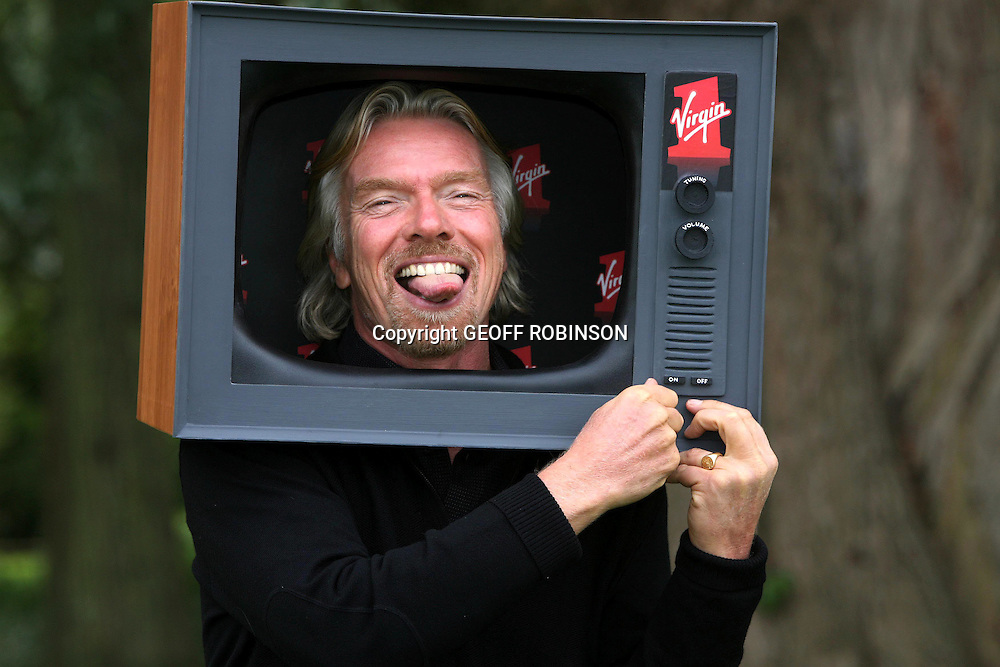