PIC SHOWS THE TOUR DE FRANCE GOING PAST GONVILLE AND CAIUS COLLEGE IN CAMBRIDGE ON MONDAY JULY 7TH.ITV CUT TO AN ADVERT BREAK WHICH RESULTED IN NON OF THE ICONIC CAMBRIDGE SCENES BEING SHOWN.

Furious viewers have taken to Twitter and Facebook to complain after ITV cut away from the Tour de France for an ADVERT BREAK as cyclists rode past Cambridge's iconic colleges.

But it immediately cut to an advert break instead of showing the cyclists riding past the city's famous sights - including Cambridge University's King's College, St John's College, Trinity College and the Senate House.

It meant the television audience of 3.5 billion people missed seeing the cyclists in Cambridge, a moment many had waited months to watch.

When the coverage returned the riders had already been down King's Parade and were heading down Trumpington Street - out of the city centre. 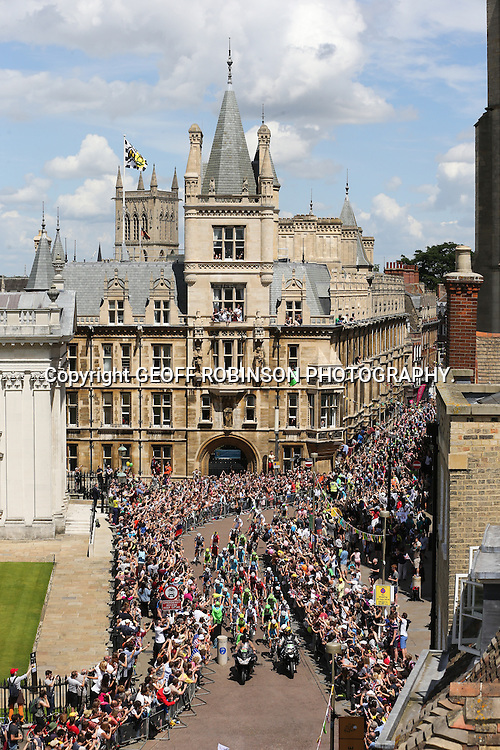