BILL GATES ON FRIDAY AFTERNOON AT CAMBRIDGE UNIVERSITY..Billionaire Microsoft founder Bill Gates has today (Fri) been awarded an honorary degree by prestigious Cambridge University...The world's richest businessman and his wife Melinda Gates have both received a Doctor of Law and have become one of the few couples to both be recognised by the university...Mr Gates, who left Harvard University without a degree to start his computing company in 1976, has since amassed an estimated £40 billion fortune...The couple, who were given their awards in a special ceremony at the Senate House, co-founded the Bill and Melinda Gates Foundation, which aims to improve healthcare and reduce poverty...In 2000 the foundation donated £130 million for the Gates Cambridge Scholarship programme, to enable 230 outstanding graduate students from outside the UK to study at Cambridge.. 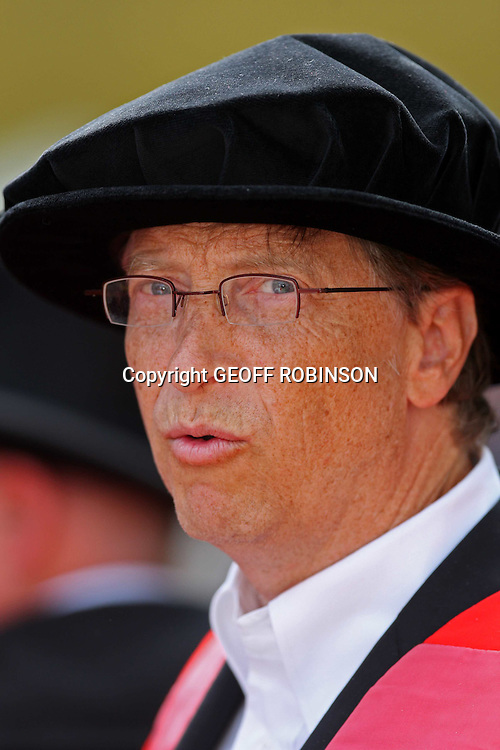