THREE YEAR OLD MIA IN A POPPY FIELD NEAR CAMBRIDGE...Spectacular red poppy fields are now a rare sight in the UK, plant conservationists have revealed today (Mon)...The well-loved wild flower could once be found growing among the crops in every cornfield in Britain...But over the past century modern farming has meant these numbers have dramatically declined...Now a blaze of crimson poppies can be found in just one in every 500 fields..."It's very sad that poppy fields have become such a rarity," said Andy Byfield, a spokesman for the plant conservation charity Plantlife..."In the past they would have been found in every arable field, but they have declined over the past 100 years and particularly since the Second World War..."A whole field of poppies is now an unusual sight."..Poppies are among 54 species of arable plants in Britain that are now listed as rare or threatened and seven of these have become extinct...Mr Byfield said they had disappeared because of widespread use of weedkillers over the last decades...He said: "Poppies are one of a range of plant species that used to be present in the arable landscape of Britain..."Sadly intense farming, in particular the use of herbicides and pesticides since the Second World War, has led to their decline."..Poppies flower from June through to late summer. ..Their seeds last for at least 100 years and they tend to spring up in places where the ground has been disturbed...Thousands of poppies grew in the trenches and craters in Flanders during World War One after artillery shells and shrapnel stirred up the earth and exposed the seeds to light...Now artificial poppies are sold for war charities on Remembrance Day in November...The poppy has also been the inspiration for many artists and one of the most famous paintings is Claude Monet's Poppy Fields at Argenteuil...SEE COPY CATCHLINE POPPY FIELDS.. 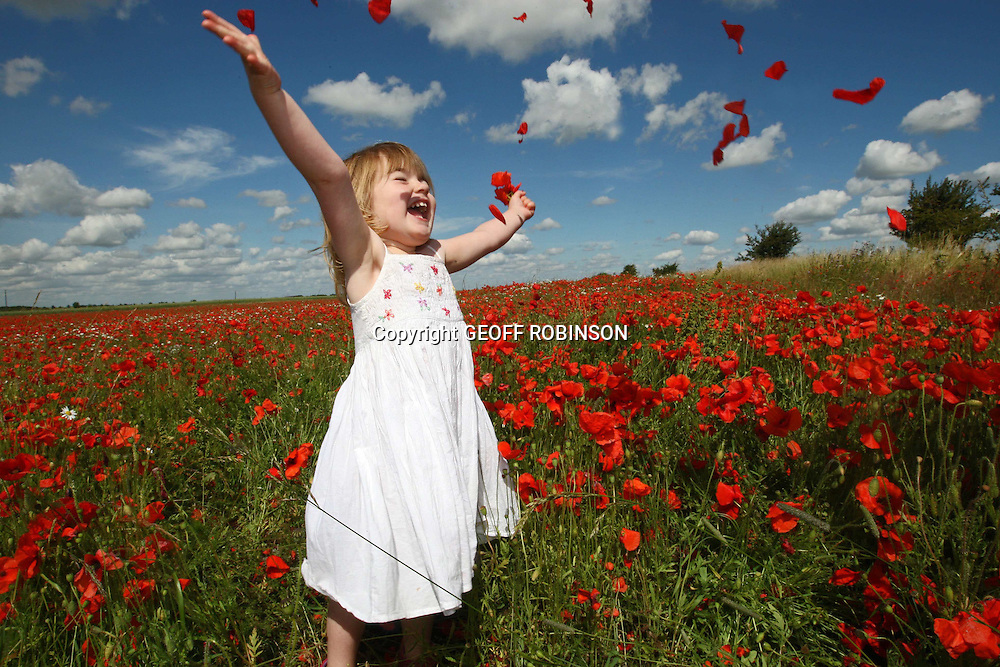