VINCE THURKETTLE PANNING IN A RIVER IN NORFOLK...Britain is experiencing a gold rush with record numbers turning to prospecting to beat the credit crunch...Full-time gold-panner Vince Thurkettle said more people than ever before are heading to the UK's rivers in search of precious nuggets and flakes...Demand for his gold-panning courses has more than trebled in the last year driven by the deepening recession and the high price of gold..."In the last 12 months people have suddenly shown much more interest in buying, selling and finding gold," he said..."Before a lot of people didn't seem to believe there was gold to be found in Britain's rivers..."But now everyone knows the price of gold has gone up and suddenly due to the credit crunch more people are trying their hand at gold-panning."..The UK's last gold rush was in Kidonnan in Scotland in 1869 when a gold-panner struck lucky in the River Helmsdale...Within months hundreds of hopefuls had descended on the normally deserted Scottish Glen...But the prospectors left within three years and for decades gold-panning in Britain was seen by most as merely a hobby...Now adventurers in need of extra cash are once more heading to the hills of Scotland and Wales in search of treasure...SEE COPY CATCHLINE Britain's gold rush 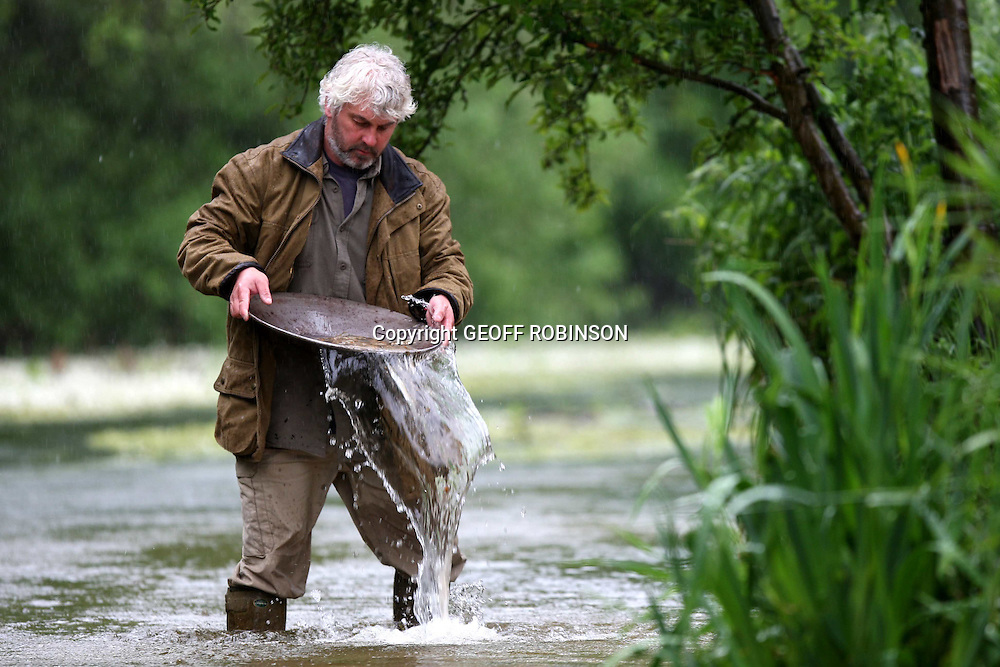