PIC SHOWS COLIN FURZE BREAKING THE WORLD RECORD FOR THE WORLD LONGEST MOTOR BIKE AT SALTBY AIRFIELD,LINCS... A plumber has built the world's LONGEST motorbike - which is an incredible 22 metres (72ft) long...Colin Furze, 31, spent a month building the 25-seater bike, which is as long as a TENNIS COURT...He used one-and-a-half 125cc mopeds which he extended using an aluminium frame and drove the bike a MILE along the runway at Saltby Airfield in Grantham, Lincs...He managed to get the bike, which is worth around £3,000, up to 35mph, but found it almost impossible to steer..."When I first got on it I thought it would never work and at a slow speed it's almost impossible to keep upright," said Colin, from Stamford, Lincs..."But once you get going it becomes a bit easier, although it is a real strain on your arms as it has such heavy steering...SEE COPY CATCHLINE World's longest motorbike 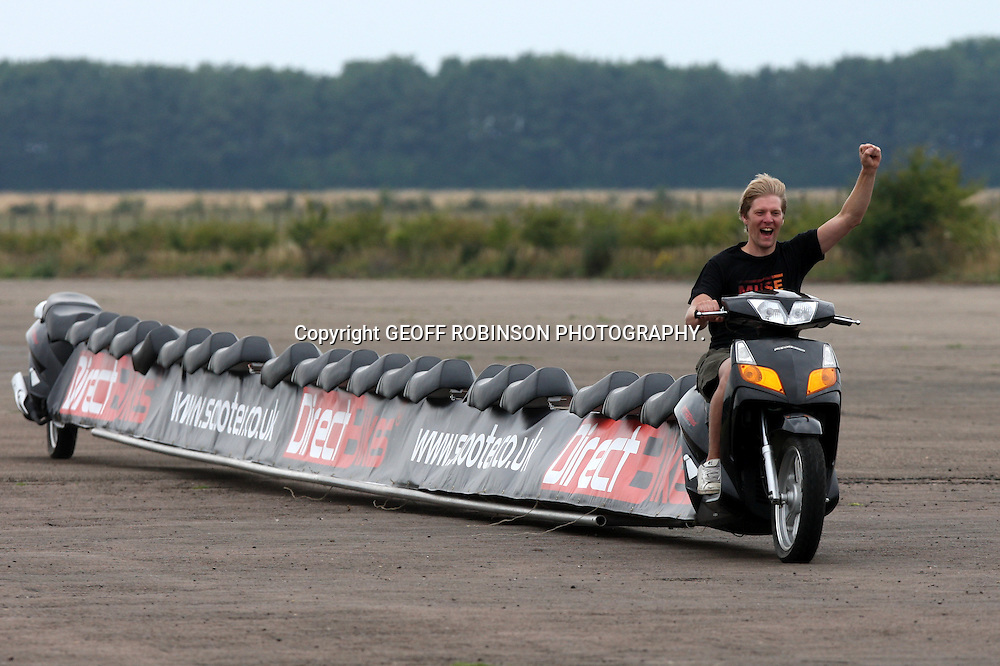