COMPETITORS AT THE START OF THE SWIMING SECTION THIS WEEKEND AT THE LONDON TRIATHLON...The Royal Docks became the focus of the triathlon world this weekend as thousands of competitors took part in one of the sport's showpiece events...The Mazda London Triathlon takes place over the weekend of August 1-2 with some of the world's best in action, including Formula One racing driver Jenson Button... The Mazda London triathlon, centred around the ExCeL centre, is the largest event of its kind in the world. 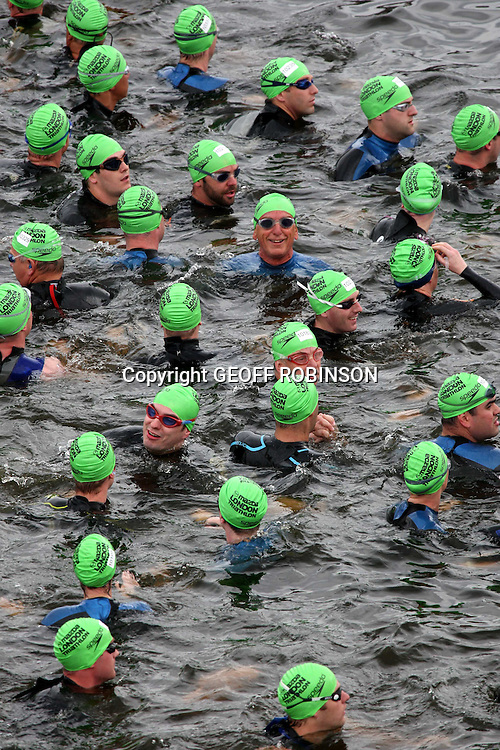