ACTOR RAY WINSTONE AFTER FLYING IN A P-51 MUSTANG AT THE IMPERIAL WAR MUSEUM DUXFORD,CAMBS,ON TUESDAY AFTERNOON... Actor Ray Winstone got in some play time today (Tues) as he flew in aeroplane ahead of filming upcoming movie The Sweeney this autumn...Ray, who will play Flying Squad detective Jack Regan in the film, took to the skies in a P-51 Mustang at The Imperial War Museum in Duxford, Cambs..."Ray is a very keen aviation fan and has often spoken of his desire to learn to fly a plane," said a spokesman for the museum...Afterwards Ray said he was thrilled with the flight and claimed he did not throw up,''Men from the East End are never sick" he said...Based on the original ITV cult show, The Sweeney will be a modernization of the London Flying Squad, directed by Nick Love...It will be set in present day England and be packed full of fast cars and action...Ray will star alongside Ben Drew (Plan B) who will play his partner George Carter...SEE COPY CATCHLINE Ray Winstone plane 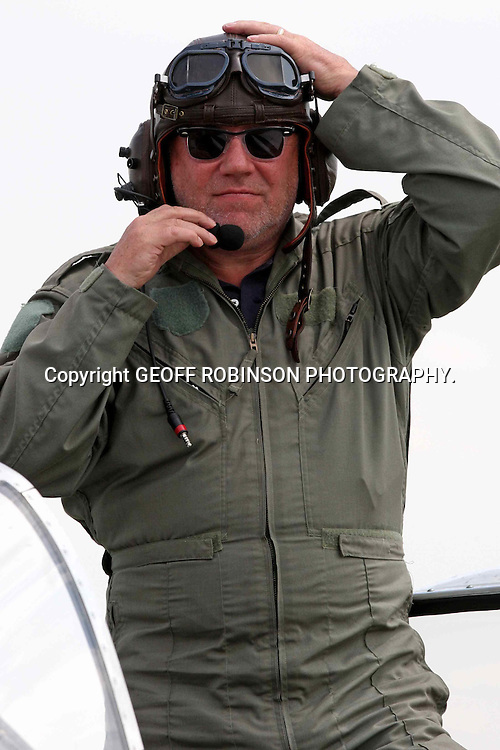