COLDPLAY IN CONCERT AT THE O2 ARENA LONDON ON SATURDAY 10 DECEMBER SHOWING THE NEW RADIO CONTROLLED WRIST BAND... Coldplay have replaced the rock tradition of illuminating the stadium with lighters and mobile phones during big anthems by handing out radio-controlled GLOW BANDS...The band gave out 10,000 of the multi-coloured wrist bands to the audience when they played in the final X Factor show at Wembley last night (Sun)...They performed two songs from their new Mylo Xyloto album, while the innovative new bands lit up and flashed in time to the music..."It's like asking everyone to hold their mobile phones up without having to ask," said lead singer Chris Martin...They also handed out 20,000 wristbands,called Xylobands, to everyone at the O2 arena at the weekend, where they played as part of their December tour...The LED light bands worked during four songs at the O2 gig when people would normally have waved lighters..."It looked absolutely amazing to see everyone wearing them and the whole stadium lit up," said Claire Adams, 36, from London...SEE COPY CATCHLINE Coldplay's wristbands on X factor. 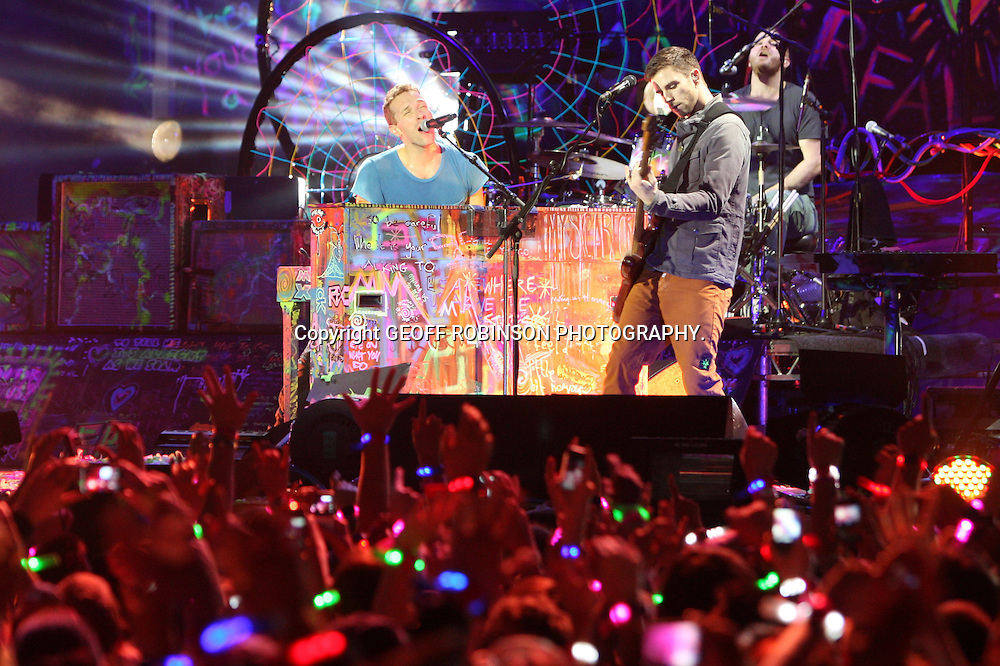