The parents of murdered Soham schoolgirls Holly Wells and Jessica Chapman arrive at the Old Bailey today...Kevin and Nicola Wells(pictured left) and Nicola and Les Chapman posed briefly for cameramen before walking into the courtroom building...Former cartaker Ian Huntley denies the murder of the 10-year-old girls who went missing in Soham, Cambridgeshire, on 4 August 2002...His former girlfriend Maxine Carr, 26, denies two charges of assisting an offender and one of conspiring to pervert the course of justice...Today's proceedings were expected to be taken up with jury selection...The case is expected to be opened by the prosecution on Wednesday. 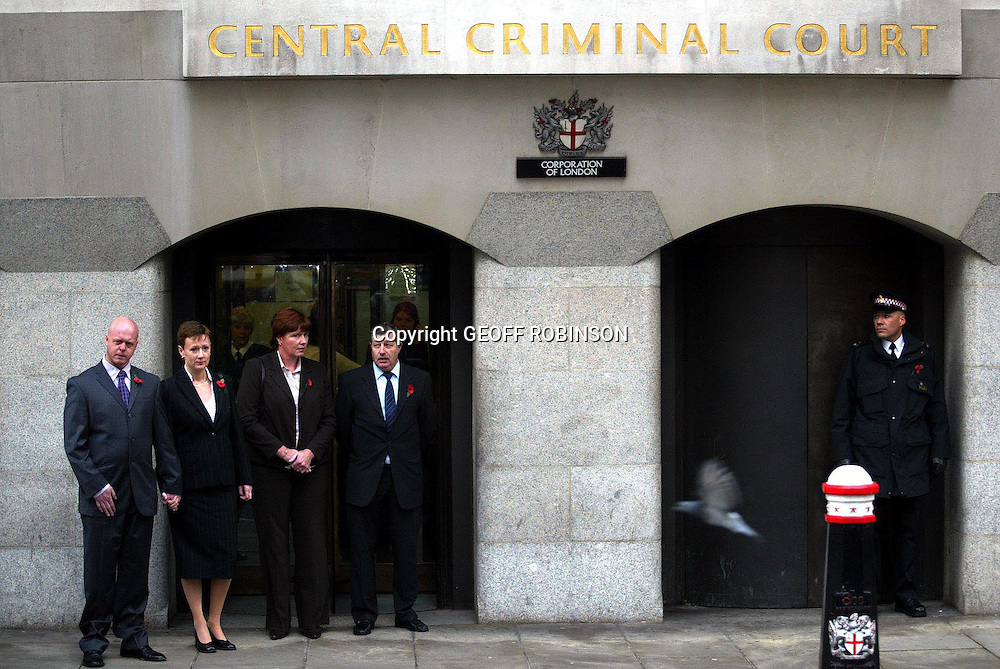