Pic shows the last drops of petrol at a Shell garage in St Ives near Cambridge on Monday morning.Many petrol staions in the area where staring to run out of fuel as the tanker drivers dispute entered its fourth day....Talks between haulage firms contracted to Shell and tanker drivers, who began a strike on Friday, have resumed to resolve a dispute over pay. ..By Monday, the strike had affected 249 Shell outlets, and more than 600 of all the 8,700 petrol stations in the UK had run out of unleaded and diesel fuels. ..Drivers say they will hold a second four-day stoppage next weekend if an agreement cannot be reached. ..But the union Unite say they are optimistic about making progress. .. 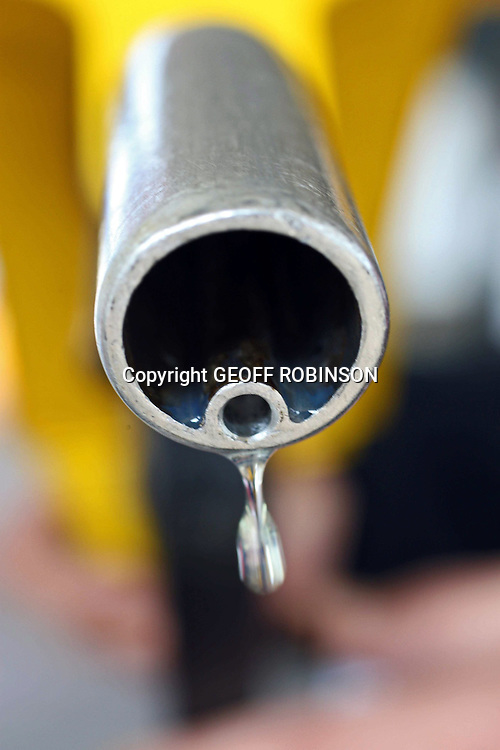