THE B-17 FLYING FORTRESS BEING SLOWING MOVED OUT OF ITS HANGER THROUGH A FIRE ESCAPE AT DUXFORD WAR MUSEUM ON THURSDAY MAY 19 WITH ONLY MILLIMETRES TO SPARE ON EITHER SIDE.THE PALNE WAS BEING MOVED FOR CONSERVATION WORK...It took a team of men nearly THREE HOURS to squeeze a huge Second World War US bomber plane through a narrow fire exit today (Thurs) - with just millimetres to spare...The B-17 Flying Fortress Mary Alice, which has a wing span of 104ft, was guided carefully through the tiny 9ft 4 fire door at the Imperial War Museum in Duxford, Cambs...Experts looked on nervously as the impressive flying machine was edged forwards inch by inch as it left the museum for £80,000 worth of conservation work...The plane has been housed in the American Air Museum, but is now suffering from corrosion and needs a new coat of paint...It was too expensive to remove the large glass wall from the side of the museum, so instead a team has spent TWO MONTHS dismantling the plane so it could fit through the small door.. 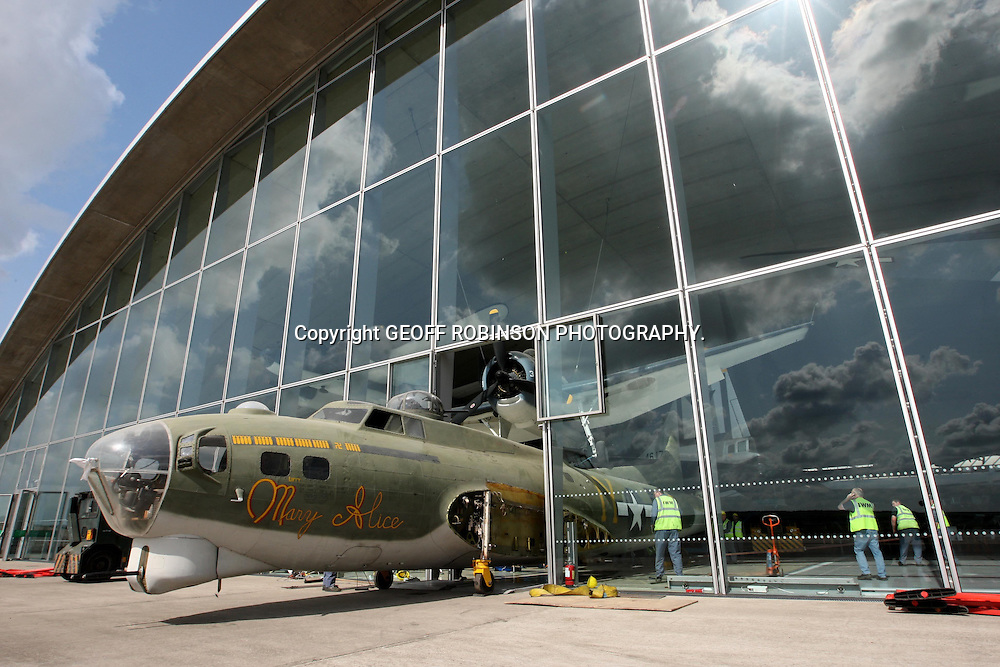