Britain's SOFTEST cat has tried to catch a FROG - but ended up KISSING it instead.

Ruggles the pet cat attempted to pounce on the reptile when he spotted it in the garden.

But instead of capturing the little amphibian he gave it a stroke and a big kiss.

It is not the first time the seven-year-old Ragdoll has failed to catch his prey and he has now earned a reputation as the UK's biggest scaredy cat.

Just last week he failed to catch a baby blackbird in a scene reminiscent of Loony Tunes' Sylvester and Tweety Pie. 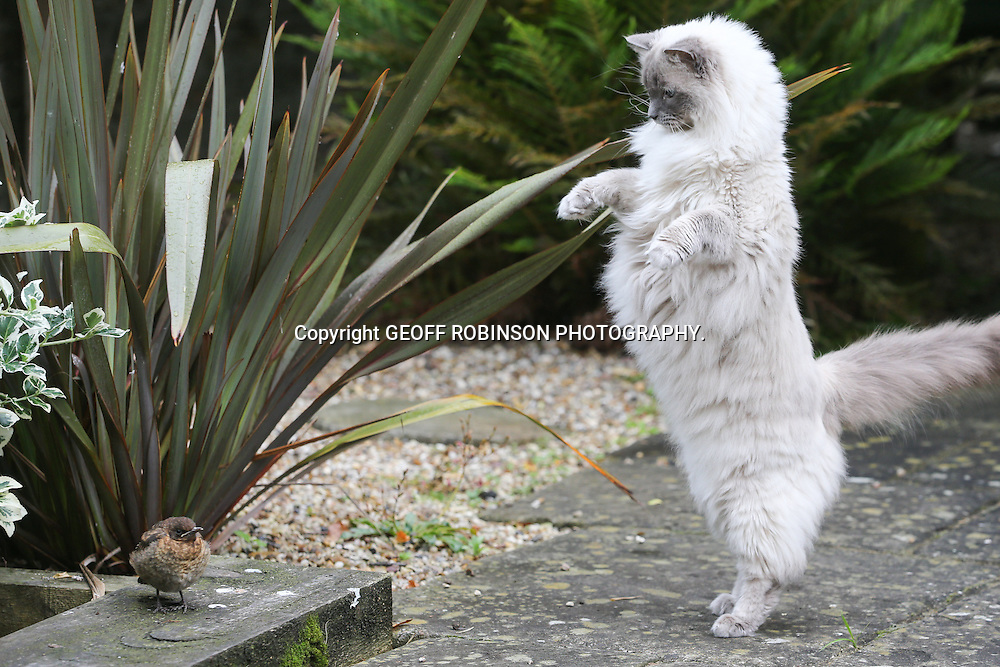