PIC SHOWS TOM CONNELLY SHOWING THE SCAR ON HIS NECK AFTER HE NEARLY BEHEADED HIMSELF... A man who almost beheaded himself in a horrific chainsaw accident has spoken today (Tues) about how he was only minutes from bleeding to death...Tree surgeon Tom Connelly, 21, had to hold his head on to survive after he cut through more than a third of his neck and severed his jugular vein in the accident at work in April...His foot slipped when he was cutting a branch 50ft up a tree and he slid into the 12 inch blade, slashing his neck and left arm...Tom severed nearly every blood vessel in his neck and doctors said he was just 1mm away from cutting through his carotid artery, which would have killed him...He lost an incredible three litres of blood and would have bled to death within three minutes if his work colleagues and emergency medical charity Magpas had not treated him so quickly...SEE COPY CATCHLINE Chainsaw man almost beheads himself 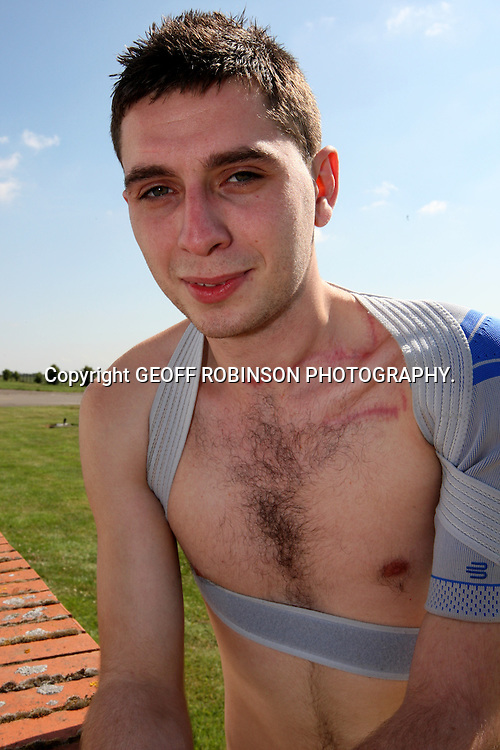