JENNIFER SAUNDERS IN CAMBRIDGE ON SUNDAY MORNING WHERE SHE STARTED THE CHARIOTS OF FIRE CHARITY ROAD RACE..Comedienne Jennifer Saunders has made her first public appearance at a charity event since ditching her wig with her new companion - whippet puppy Olive...The Absolutely Fabulous star, who has won her battle against breast cancer, showed off her new short blonde hairstyle as she started the Chariots of Fire race in Cambridge today (Sun)...The 52-year-old has been through eight months of gruelling chemotherapy and radiotherapy since discovering a lump in her breast...She was given the all clear in July and had taken to wearing a blonde wig covered by a bandanna while her hair grew back...She looked radiant and happy as she fired the starting pistol at the famous relay race which attracted more than 2,000 runners..."I'm not running today as I'm training for the 2012 Olympics," she joked as she started the race...She also told the crowd she is writing the Spice Girls musical, which is expected to be staged in London's West End in 2012...Jennifer, who was wrapped up well in a warm bright orange scarf and black coat despite the sunny September weather, then cuddled her puppy Olive as she watched the racers speed off...SEE COPY CATCHLINE Jennifer Saunders with new companion. 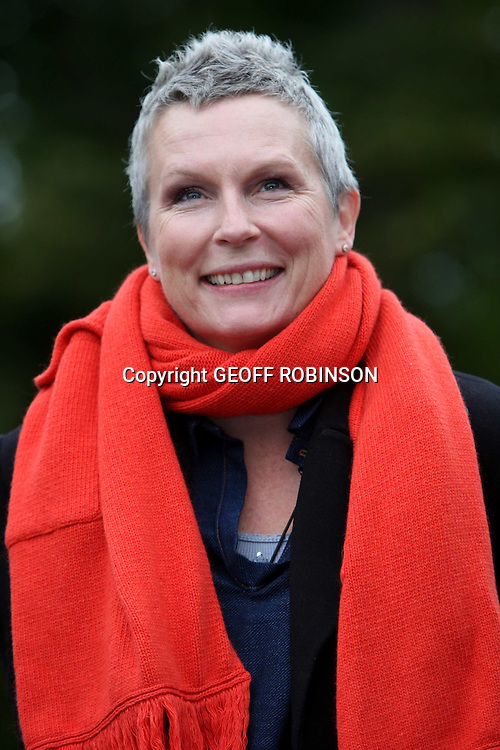