PIC SHOWS RICHARD MADLEY IN CAMBRIDGE ON WEDNESDAY WHERE HE RECEIVED AN HONORARY DEGREE... Television icon Richard Madeley was joined by wife Judy Finnigan today (Wed) as he received an honorary degree in Cambridge...The 55-year-old presenter joked on Twitter that he would have to have a pipe and rimless glasses to make him appear more learned at the ceremony in the city's Corn Exchange..."Cambridge on Wednesday for an honorary degree. Get me! You'll have to pay to speak to me from now on," he tweeted..."May buy small briar pipe to make me appear more learned. Pince-nez,or rimless glasses, perhaps? And leave comb in hair for absent-minded prof look."..The TV star, most famous for working with wife Judy on This Morning, also said he had cut his hair in preparation for receiving the Honorary Doctor of Letters from Anglia Ruskin University...His two children, Jack and Chloe, were there to see their dad honoured for his contribution to television, entertainment and media. 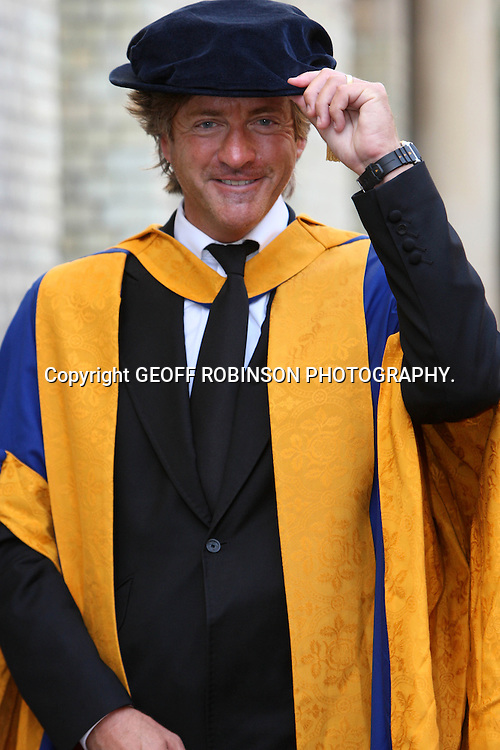