PIC SHOWS MICHAEL PALIN AND ERIC IDLE (RIGHT) AT MONTY PYTHON AT THE O2 ARENA ON JULY 1ST .
Celebrities joined an audience of 14,000 people to watch the surviving members of comedy troupe Monty Python perform together in the UK for the first time in more than 40 years this evening (Tues).

Stars including comedian Stephen Fry and screenwriter Richard Curtis packed into The O2 arena in London for the first night of the eagerly awaited, multi-million pound show.

Many members of the audience even dressed as characters from the comedy sketch show, with some wearing handkerchiefs on their heads to look like Gumbys.

They then recreated many of their famous sketches, including The Spanish Inquisition, Spam and The Lumberjack Song, which got one of the biggest cheers of the night.

Clips from the original BBC sketch show series, which was first aired in 1969, were shown on a big screen in between the acts.

Comedian Stephen Fry joined in one of the sketches on stage, whilst surprise guest Professor Stephen Hawking was seen pushing Brian Cox into the River Cam in Cambridge in a special filmed sketch. 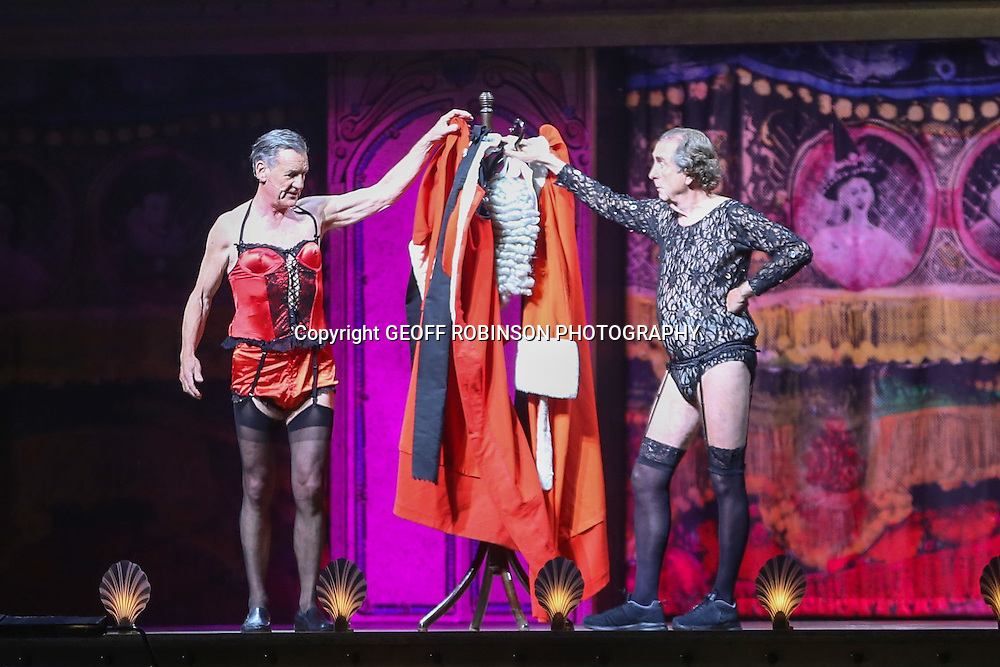