SPENCER McRICKUS WORKING ON THE VELLUM IN THE WORKSHOP IN NEWPORT PAGNELL,BUCKS... A family business in a small UK town has used a 150-year-old SECRET process to produce the parchment paper for a state document showing the Queen’s consent has been given for Prince William’s marriage.. .Vellum producers William Cowley have been given the honour as the only remaining parchment makers in the UK and one of just four companies in the world.. .The secrets surrounding the ancient trade are only known by a handful of people in the world and the company rarely allows members of the public inside its workshop.. .William Cowley, which is based in Newport Pagnell, Bucks, also produced the parchment sheet for the marriage certificate of Charles and Diana in 1981...SEE COPY CATCHLINE Secret process for royal parchment paper 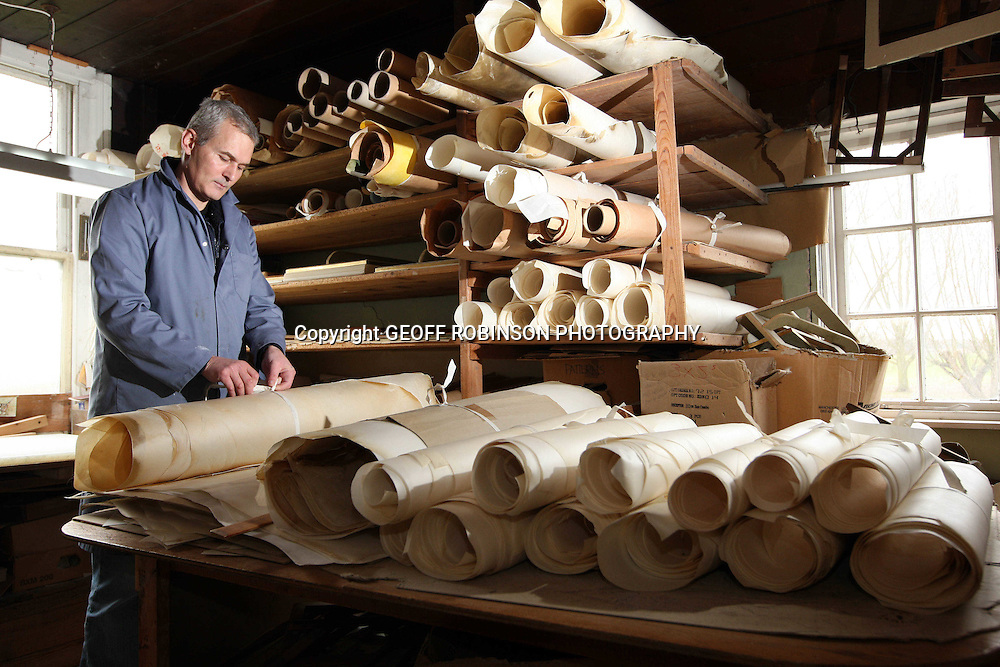