KING'S COLLEGE CHOIR BOYS PREPARING FOR THIS YEARS CHRISTMAS EVE SERVICE AT KINGS COLLEGE CHAPEL IN CAMBRIDGE... After months of rehearsing 16 elite choristers will perform in front of millions at the world-famous carol service at King's College chapel today (Sat Dec 24)..The boys have spent hours practicing for the 90-minute candle-lit Festival of Nine lessons and Carols, which is broadcast live on BBC Radio 4...An incredible 40 million people across the globe tune into the service, which is also televised on BBC2 and tells the Christmas story through poetry and bible readings...Hundreds have been queuing since 7am this morning (Sat) to watch the carol concert in the historic gothic Chapel, which will end as always with Hark the Herald Angels Sing...The boys will line up in King's College Chapel in front of the choral scholars, made up of altos, tenors and basses, who are all undergraduates, shortly before 3pm...It promises to be the performance of his life for one young chorister who will start service with a solo of Once in Royal David's City as has been the tradition since 1919...But he will not be chosen until the last moment to prevent unnecessary nerves..."The service has become a traditional part of Christmas for many people," said Stephen Cleobury, director of music at King's College in Cambridge, who has conducted the carols for the last 30 years...SEE COPY CATCHLINE King's xmas eve carol service 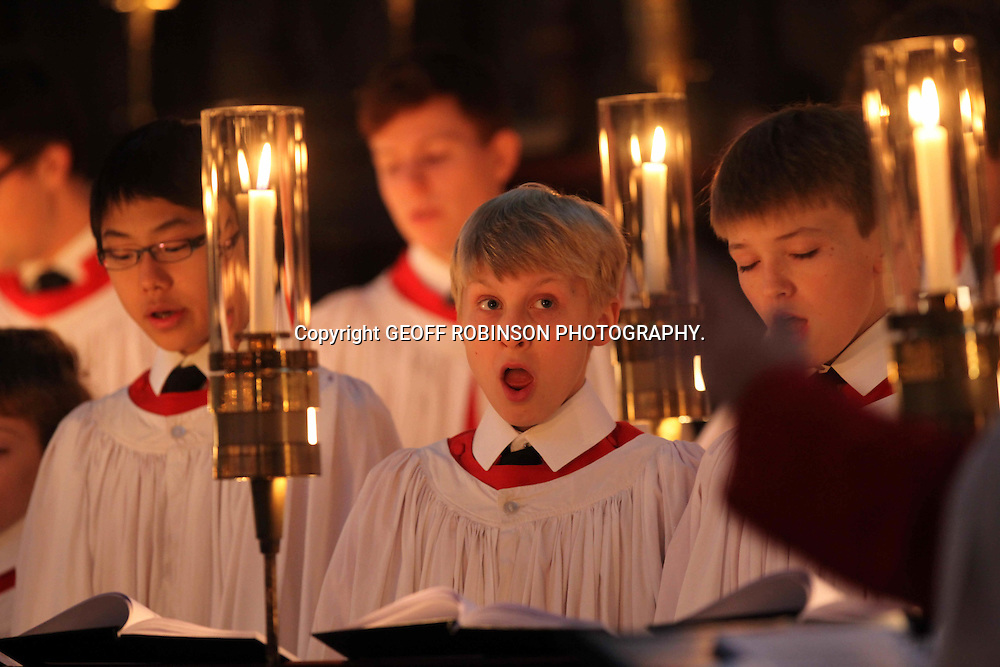