ISABELLA WARD ON TUESDAY APRIL 20TH IN THE TULIP FIELD IN NORFOLK...This may look like the heart of Holland but incredibly little two-year-old Isabella Ward is tiptoeing through the tulips in the middle of the English countryside...The Norfolk landscape is a kaleidoscope of colours as the tulips finally burst into life after a later than average Spring...Sadly these are the last remaining tulip bulbfields in Britain at Cockley Cley, near Swaffham...At the beginning of the 20th Century more than 3,000 acres of tulips were grown in Norfolk and Lincolnshire but today this has diminished to just 35 hectares...Janet and Peter Ward, who run Belmont Nurseries, have been growing tulips for 10 years and supply 15 million stems to supermarkets each year..."There used to be lots of tulip fields in this area and people would come on bus trips to see the flowers like they do in Holland," said Janet..."Now I believe we are the only tulip bulb growers left in Britain. I don't know anyone else that does it anymore...SEE COPY CATCHLINE Last British tulip bulbfields 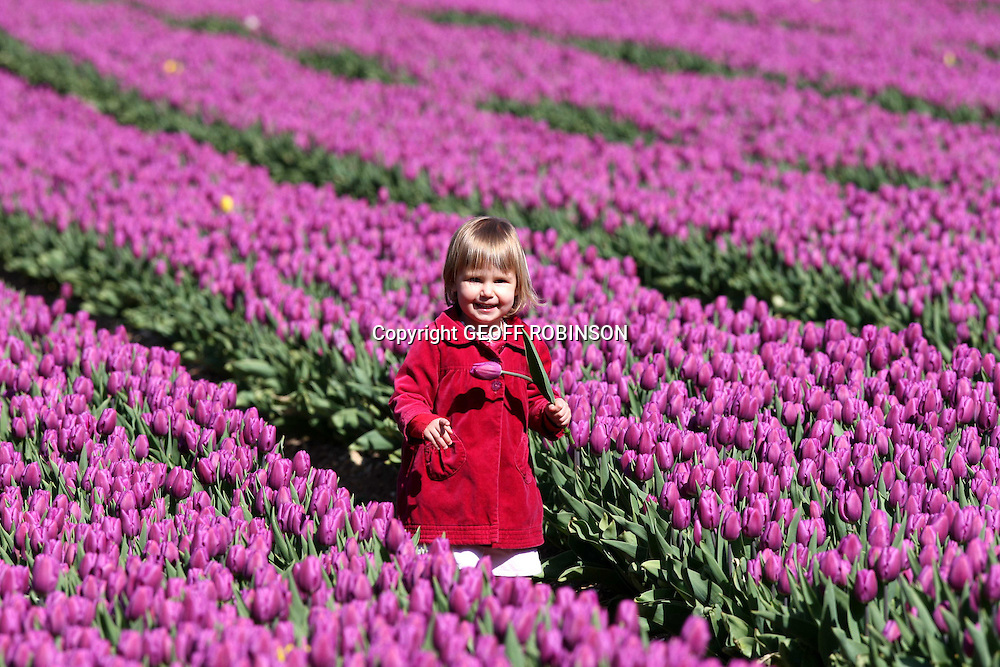