PIC BY GEOFF ROBINSON PHOTOGRAPHY 07976 880732...COLLECT PIC SHOWS FLOYD AFTER HIS CLEAN UP.. Vets had to remove a staggering 13kg of HAIR from an Old English Sheepdog which was tied up by a piece of string and abandoned in one of the worst animal neglect cases ever seen...Floyd, as he has now been named, was thrown out of a dark coloured car and tied up outside Wood Green, an animal shelter in Godmanchester, Cambs...His hair was so long and matted he struggled to see, hear or go to the toilet and his claws were so long he could barely walk...Floyd, who is about 10-years-old, was found by a member of the security team who took him inside to comfort him at about 1.30am on Saturday (Aug 27)...He needed urgent medical attention and received round the clock care from vets and nurses who removed 13kg of hair, clipped his two-inch claws and removed cysts and grass seeds from his paws and ears in a two-hour operation...SEE COPY CATCHLINE Dog is worst animal neglect case 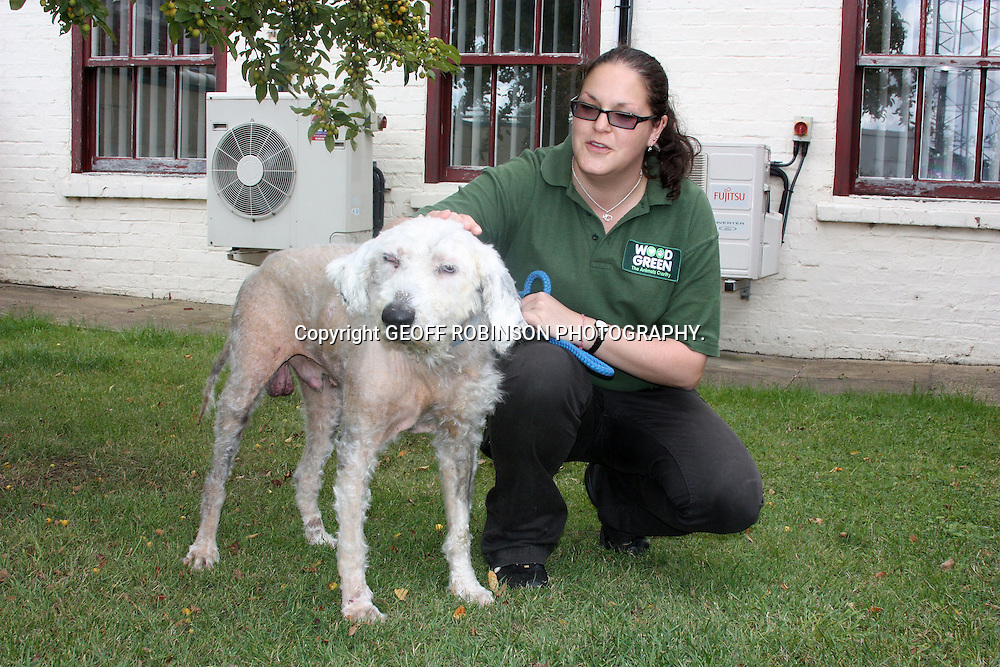