PIC BY GEOFF ROBINSON PHOTOGRAPHY 07976 880732...EMBARGOED until 20:00 on Tuesday 22 November..FILE PIC DATED MAY 2011 SHOWS CHRIS WHITEHEAD AT SCHOOL IN IMPINGTON,CAMBRIDGE,WEARING A SKIRT AS A PROTEST TO NOT BEING ALLOWED TO WEAR SHORTS... A 13-year-old boy who wore a SKIRT to school in protest at a uniform ban on shorts has received a runner-up human right's prize...Chris Whitehead wore a short black girl's skirt for his classes at Impington Village College, Cambs, earlier this year because he believed its "no shorts" policy discriminated against boys...The Year 8 student, who borrowed the skirt from his younger sister Joanna, 11, said wearing long trousers in the heat affected boys' concentration levels and ability to study in class...The school later promised to review its decision...Now Chris, who is a member of the school's student executive, has become a runner-up in Liberty's human rights young person of the year competition for his two-day demonstration..."I didn't think it would be that influential, but I'm really happy, it was a good surprise to be nominated," he said...SEE COPY CATCHLINE Boy in skirt runner-up human rights prize 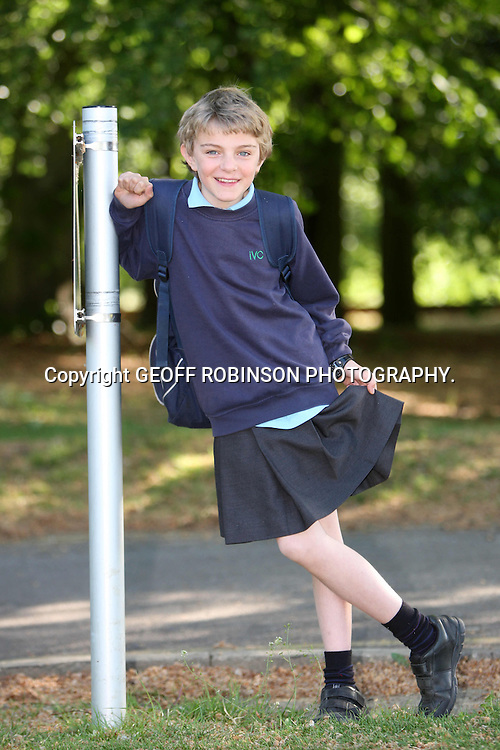