COLIN FIRTH AS GEORGE VI IN HIS NEW FILM... He is famous for getting wet but Colin Firth made sure he was protected from the rain on the set of his latest movie...The period actor sheltered under an umbrella as he stepped out for the first time as the Queen's father in the new film The King's Speech...Colin, 49, who plunges into a lake and emerges with a dripping wet shirt as Mr Darcy in Pride and Prejudice, wrapped up warm for his role as King George VI...He looked royally handsome with his hair slicked back and wearing a suit and the King's famous brown overcoat. ..It was the first day of filming at Ely Cathedral in Cambridgeshire, which is being used to portray Westminster Abbey...The movie, which is to be released next year, tells the story of the relationship between England's reluctant King, George VI, who had a nervous stammer, and the irreverent Australian speech therapist who helped him...SEE COPY CATCHLINE Colin Firth stays dry on set 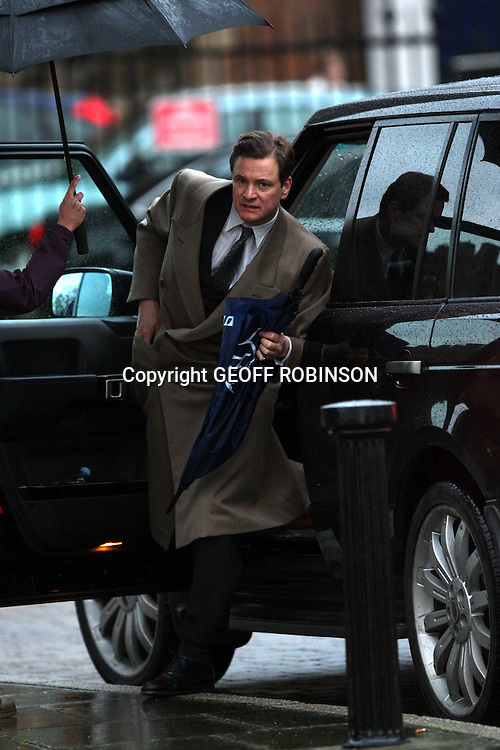