COLIN FURZE ON HIS FLAME THROWING MOPED... A plumber who adapted his scooter to fire 15ft flames from the rear has been given a police caution following his arrest for an alleged firearms offence....Colin Furze, 30, spent a month modifying his moped with an anti-tailgating flame thrower operated by the flick of a switch...He displayed his James Bond-style scooter, which can travel up to 60mph in the worldwide press two months ago...But Lincolnshire Police spotted the pictures of Mr Furze allegedly riding his scooter on a public highway and arrested him...He was held on suspicion of possessing an object converted into a firearm, and was released on unconditional police bail without charge...When Mr Furze, of Stamford, Lincs, returned to answer bail yesterday (Thurs) he was given a police caution..."I'm relieved it's all over," he said today (Fri)...SEE COPY CATCHLINE Flame thrower man cautioned 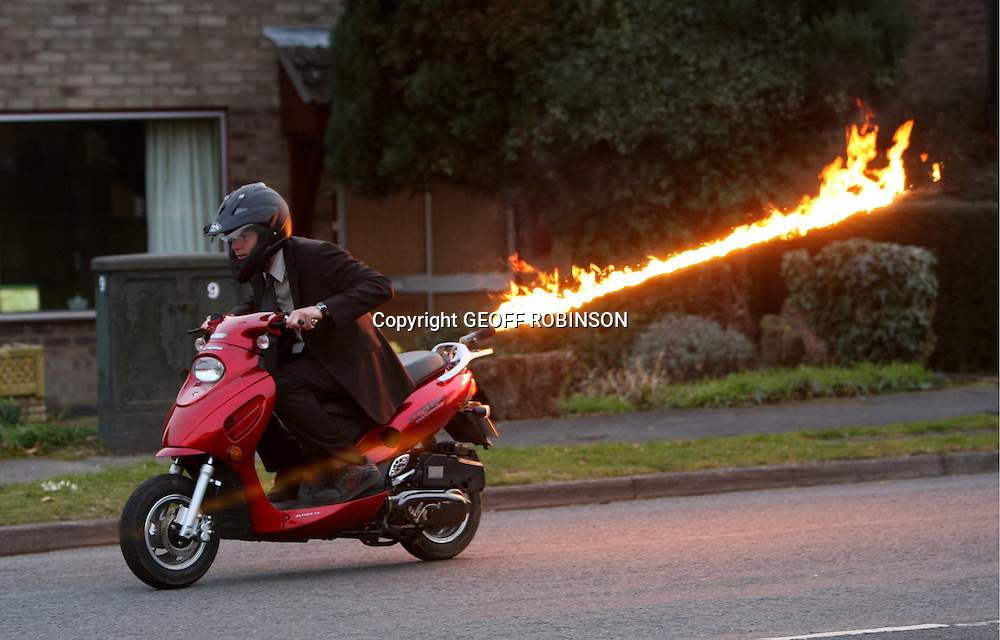