Pink Floyd musician David Gilmour (PICTURED) has received an honorary degree at the venue where co-singer Syd Barrett played his last ever live gig...The singer and guitarist returned to his home town of Cambridge to be presented with an Honorary Doctor of Arts award by Anglia Ruskin University - more than 40 YEARS after he dropped out as a student...The 63-year-old admitted he never finished his course at Cambridgeshire College of Arts, which is now part of the university..."I must admit I never finished my course as I was never able to apply myself," he said as he collected his degree..."It would be wise not to follow my example. If you drop out to follow a dream today you would be facing challenges that didn't exist when I was young..."There is still a part of me that wishes I had completed my education."..It was at Cambridgeshire College of Art that David and his childhood friend Syd Barrett laid the foundations for their world-famous rock band Pink Floyd...David, who became one of the main songwriters for the group, was given the degree at the Cambridge Corn Exchange, where Syd performed live for the last time in a disastrous one-off show with new band Stars in 1972...SEE COPY CATCHLINE David Gilmour finally gets degree 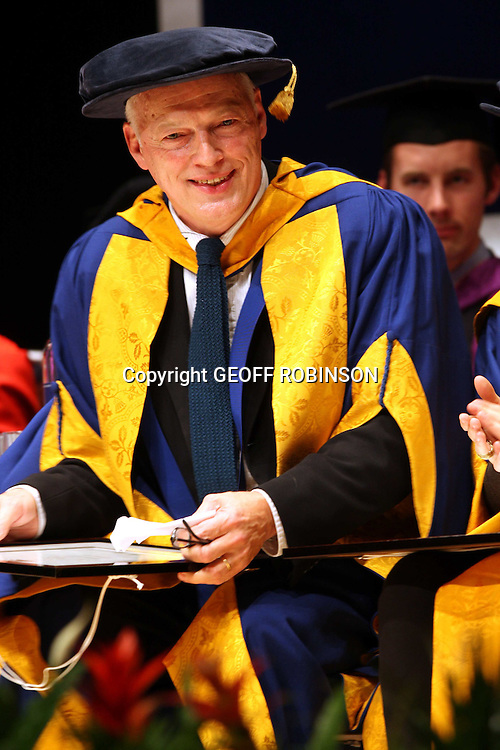